Italy is jam-packed full of amazing cultural history! There are so many opportunities to be amazed and educated. This is why we’ve put together a list of the top 8 Italian cultural UNESCO World Heritage site you must visit.

The United Nations Educational, Scientific, and Cultural Organisation (UNESCO) aims to identify, preserve and protect both natural and cultural World Heritage sites that are of outstanding value to humanity for future generations. Learn more about UNESCO here.

There are 50 Cultural UNESCO World Heritage sites in Italy alone. You have probably heard of some of the most famous:

It’s not to say that these aren’t worth seeing, because they most certainly are. However, we have picked some hidden gems that you must visit.

Opened in 1904, the entire railway line measure 125km, with 55 tunnels and galleries, and nearly 200 viaducts and bridges. At the beginning of the 20th century, this railway line became the lifeline to reach isolated settlements in the Central Alps. The rail line brought lasting socioeconomic impact on people lives. The railway structure itself represents some remarkable technical, architectural and civil engineering achievements. At the same time it encompass a harmonious landscape. A must-see UNESCO site that you can experience on our Italian Lakes & Swiss Mountains Small Group Tour – see the full itinerary here. 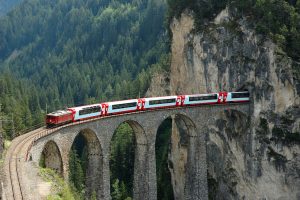 When you think of Italy, you most certainly think of wine! And the Piedmont vineyard landscape encompasses five distinct wine-growing areas (and a castle) that have characterised wine growing and winemaking in the region for centuries. Vine pollen has been found in the area dating from the 5th century BC. This was when Piedmont was an important place for trade between the Etruscans and the Celts. Piedmont’s UNESCO hills are a must-see destination that you need to add to your bucket list. Perhaps join our Piedmont: Food, Wine & Truffles Small Group Journey for a full experience of the region and the spectacular panoramic views of the cultivated hillsides. 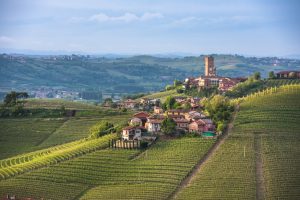 Just outside of Rome you will find the must-see UNESCO cultural site of Villa d’Este. It is one of the most remarkable and comprehensive examples of Renaissance culture at its most refined. Laid out by Pirro Ligorio (1500-1583), you can admire the simple architecture of the gardens, mixed with the irregular architecture of the villa and the use of numerous fountains. The gardens had a profound influence on many gardens throughout Europe. They have also been an artistic inspiration since its creation. Organise a day trip here as part of our Rome City Break – view the full itinerary here. 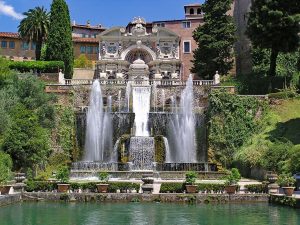 Besides being home to some stunning beaches, Sardinia boasts some remarkable prehistoric architecture. The archaeological site of Su Nuraxi di Barumini is the best-known example of the unique form of Bronze Age defensive complexes known as nuraghe. There are no parallel examples of this structure found anywhere else in the world! It is a true testament to the Bronze Age civilisation of Sardinia. You can visit this must-see UNESCO site on our Sardinia Regional Discovery – view the full itinerary here. 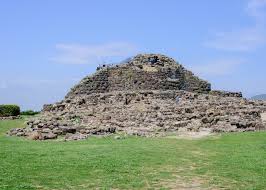 #5 Puglia, The Trulli of Alberobello

Althoug trulli can be found scattered throughout the Itria Valley in the south of Italy, Alberobello is their true origin. Here you can find a whole city of them. The dwellings are characterised by their conical shaped roofs and made of limestone. They were initially built as temporary structures for locals to evade paying taxes. Read more about the hidden past of Alberobello on our blog here. They are remarkable examples of mortarless construction dating back to prehistoric times. These days, many have been refurbished (and upgraded with mortar) so that you can stay in one yourself. See our Enchanting Puglia Small Group Journey here. 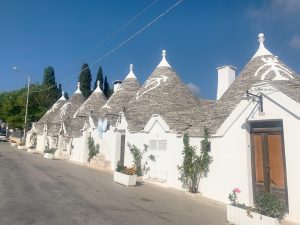 Lines of trulli in Alberobello

#6 Basilicata, The Sassi and the Park of the Rupestrian Churches of Matera

Matera’s old town is believed to be the third oldest civilisation in the world. The first inhabited zone dates from the Palaeolithic, while later settlements illustrate a number of significant stages in human history. The Sassi and the Park of the Rupestrian Churches of Matera comprise of a number of houses, churches, monasteries and hermitages built into the natural caves of the Murgia. For many years the inhabitants of the modern side of Matera wanted to forget their history and the city became “the shame of Italy”.  However, with interest from archaeologists and other intellectuals, and UNESCO’s listing of the area in 1993, the city has now been thriving. Discover the must-see old town of Matera as part of our Enchanting Puglia Small Group Journey – see the full itinerary here. 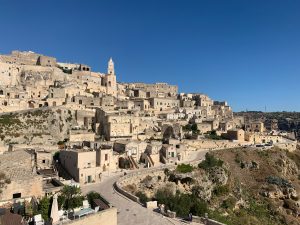 This Villa is one of the most luxurious of its kind. It demonstrates an estate on which the rural economy of the Western Empire was based. It is especially noteworthy for the elaborate quality of mosaic artworks found at the site – the finest mosaics in the Roman world. You can visit the spectacular example of architecture and art on our Sicily Bella Small Group Journey – see the full itinerary here. For more insight into Villa Romana del Casale read out full blog here. 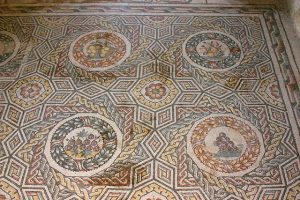 The Valley of the Temples on the archaeological site of Agrigento, is on the southern coast of Sicily. It was founded as a Greek colony in the 6th century B.C. and became one of the leading cites in the Mediterranean world. The remaining Doric temples dominate the ancient town, crediting the site with some of the most outstanding monuments of Greek architecture and culture. Visit this must-see UNESCO site of Sicily on our Sicily Bella tour, see the full itinerary here. 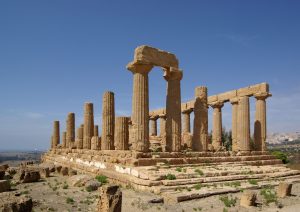