Nothing is worse than being unsure on how and when to tip when travelling.  It leads to awkward moments and often tension between travellers.  We turned to the expert, Rick Steves to give us the lowdown on tipping in Europe.

While tips are appreciated no matter where you travel, tipping in Europe isn’t as automatic nor as generous as it is in the United States, and in many countries, they’re not expected at all. The proper amount depends not only on the country you’re in, but, just as in the US, on your resources, tipping philosophy, and the circumstances.

Restaurant tips are more modest in Europe than in America. At restaurants, check the menu to see if service is included; if it isn’t, a tip of 5–10 percent is normal. In most places, 10 percent is a big tip. If your bucks talk at home, muzzle them on your travels. As a matter of principle, if not economy, the local price should prevail. Please believe me — tipping 15 or 20 percent in Europe is unnecessary, if not culturally ignorant.

Tipping is an issue only at restaurants that have waiters and waitresses. If you order your food at a counter (in a pub, for example), don’t tip.

At table-service restaurants, the tipping etiquette and procedure vary slightly from country to country. But in general, European servers are well paid, and tips are considered a small “bonus” — to reward great service or for simplicity in rounding the total bill to a convenient number.

In Mediterranean countries, the “service charge” (servizio in Italian, service in French, servicio in Spanish) can be handled in different ways. Sometimes the menu will note that the service is included (“servizio incluso”), meaning that the prices listed on the menu already have this charge built in. When the service is not included (“servizio non incluso”), the service charge might show up as a separate line item at the end of your bill. Fixed-price tourist deals (a.k.a. menu) include service.

In northern and eastern Europe, the menu or bill is less likely to address the “service charge,” but you can usually assume that it’s included in the prices.

Virtually anywhere in Europe, you can do as the Europeans do and (if you’re pleased with the service) add a euro or two for each person in your party. In very touristy areas, some servers have noticed the American obsession with overtipping — and might hope for a Yankee-size tip. But the good news is that European servers and diners are far more laid-back about all this than we are. Any tip is appreciated, the stakes are low, and it’s no big deal if you choose the “wrong” amount.

Typically, it’s better to hand the tip to the waiter when you’re paying your bill than to leave it on the table, particularly in busy places where the wrong party might pocket the change. Servers prefer to be tipped in cash even if you pay with your credit card (otherwise the tip may never reach your server); in many cases, there isn’t even a line on the credit-card receipt for a tip.

In Germanic countries, it’s considered discreet and classy to say the total number of euros you’d like the waiter to keep (including his tip) when paying. So, if the bill is €41, hand him €50 while saying, “45.” You’ll get €5 back and feel pretty European.

In Prague and most places in the Czech Republic, your bill will state — in English — whether or not service is included. In most cases it’s not, so round up the bill by adding 5–10 percent and paying in cash. Speaking just a few Czech words will get you better service (if you greet your waiter in English, he’ll want a 15 percent tip).

In London many restaurants list a 12.5 percent “optional” tip on the bill, but you should tip only what you feel the service warrants.

For taxis, just round up to the next euro on the fare (to pay a €13 fare, give €14); for a long ride, to the nearest 10 (for a €76 fare, give €80). If the cabbie hauls your bags and zips you to the airport to help you catch your flight, you might want to toss in a little more. But if you feel like you’re being driven in circles or otherwise ripped off, skip the tip.

At hotels with porters, pay the porter a euro for each bag he carries; it’s nice (but not required) to leave a small tip in your room for the housekeeping staff when you depart. 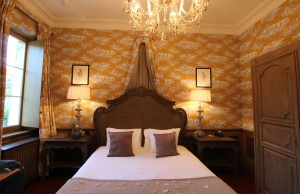 Tipping for special service is optional. Guides who give talks at public sights or on bus or boat tours often hold out their hands for tips after they give their spiel. If I’ve already paid for the tour or admission to the sight, I don’t tip extra (but if you want to tip, a euro or two is enough for a job well done). In general, if someone in the service industry does a super job for you, a tip of a couple of euros is appropriate…but not required.

When in doubt, ask. The French and British generally tip hairdressers, the Dutch and Swedish usually don’t. If you’re not sure whether (or how much) to tip for a service, ask your hotelier or the tourist information office; they’ll fill you in on how it’s done on their turf.