Quick Facts about Matera and why you should visit…

You may have heard us raving on about a beautiful town in the south of Italy called Matera. But just what is it so special about it and why should you visit? Here is a little bit about Matera and just a few reasons to add it to your itinerary…

Matera is in the Basilicata region of Italy, which is right next to Apulia. Which is just one of the reasons why we’ve added it to our Enchanted Puglia Tour. Both Basilicata and Apulia are fantastic, less-discovered sides to Italy that present picturesque villages and towns alongside dramatic mountains and spectacular coastlines. What is so special about Matera?

When we talk about visiting Matera we are referring to Matera’s Old Town which holds a historical significance and is UNESCO World Heritage Listed since 1993. It is said to be the third oldest town in the world. 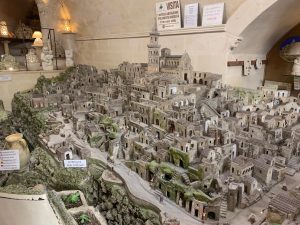 The Old Town is made up of a number of sectors:

For many years the inhabitants of the modern side of Matera wanted to forget their history and the city became “the shame of Italy”.  However, with interest from archaeologists and other intellectuals, and UNESCO’s listing of the area in 1993, the city has now been thriving.

In 2019 Matera was awarded the title of ‘European Capital of Culture’. An important recognition attributed to a city famous above all for the Sassi, with a particular urban structure, and which boasts an enchanting historic centre rich in numerous artistic testimonies.

The city was also the site for the filming of Mel Gibson’s ‘The Passion Of The Christ’ in 2004 (see our food blog on where to eat), and more recently the latest James Bond film, ‘No Time To Die’.

If you’re interested in visiting this truly unique part of Italy, check out our Puglia tour which includes a 2-night stay in Matera. We can also tailor a unique itinerary to suit you!